We all know to be careful when adventuring on an African safari or on a weekend trip hiking in bear country, but what about the critters that we deal with every day? You may be surprised by the types of dangerous animals you can encounter in a developed city or suburban environment. Across the U.S., common animal species, and the hitchhiking parasites that latch to them, can easily cause a surprise hospital visit or worse. We’ve prepared you with our poisonous animal bite survival guide, now here are 5 dangerous animals to watch out for in your backyard. 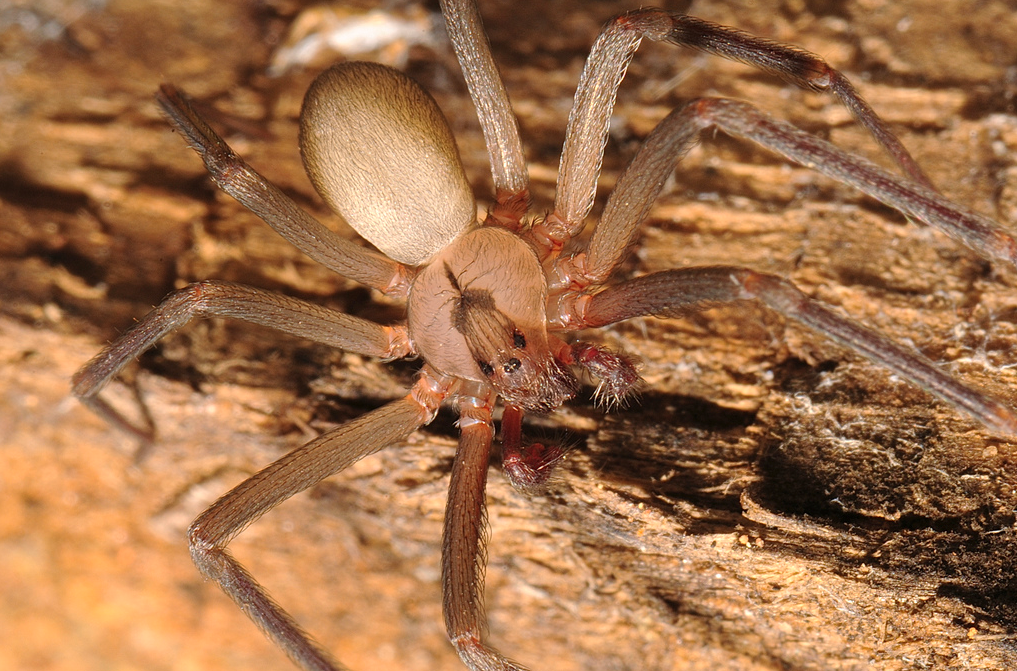 These dangerous animals live mostly in the Southern U.S., towards the middle part of the country, and are known for their very dangerous bite. A Brown Recluse’s bite causes a big chunk of your skin to become “necrotic,” which basically means die. What’s left is a large gangrenous lesion a few inches across. That’s right, it doesn’t leave a little prick like a mosquito, it leaves a giant sore. It’s like a piece of your skin fell off and went missing. The bite can leave a ghastly scar from having the skin basically rot off, and then get infected. What’s more, there’s no effective treatment, you just kind have to wait, and heal.

If you think yourself a handyman and decide to do your own repairs in a dusty, spidery corner of your house, watch out for these little guys.

Many Adrenalists may not realize that they’re allergic to bees. Even if you’ve been stung before, allergies may also develop later at different points in your life. If you do have an allergic reaction you’ll experience painful swelling all over your body, feel extremely sick, and maybe even have your throat close up, making it impossible to breath. Even if you’ve been stung several times in your life and were unaffected, you could stumble across a hive one day and wind up with 15 or so stings in a row. Within a few minutes you could pass out, a very real danger if you’re hiking alone.

Most people aren’t so strongly affected, but up to 10% of the population can experience this severe reaction.

If you live in the Western U.S., even in fairly populated areas, you’ve probably run into these guys before. You might find them hiding out in vacant lots, or even in your backyard, but you’ll almost certainly find them in light hikes in local wilderness parks. Across the U.S., between 7,000 and 8,000 people are treated annually for rattlesnake attacks. Even though rattlesnake bites are not usually lethal, their bite is extremely painful, debilitating and can result in permanent damage and loss of mobility. There are numerous accounts of people who’ve had to be medi-vaced out of the back country and subjected to several surgeries to deal with the aftermath of a bite.

The bite is extremely painful causing major swelling, nausea, tingling and weakness. If you are with someone that’s been bitten, get them to a doctor immediately. If it’s going to be a while, it’s not a bad idea to put a constricting band on the affected limb to keep the venom from spreading. However, don’t make it tourniquet tight, that could cause more damage.

At the hospital, they’ll generally administer anti-venom. Now, the crazy thing about anti-venom is that it’s created by pumping a diluted dose of venom into an animal, allowing the animal to develop natural antibodies to the venom, and then harvesting those antibodies from the animal’s blood. Of course, when you get dosed with this your body is going to reject the foreign antibodies of the animal, so even while they help you fight the venom, they make you sick too. That’s how nasty a rattlesnake is, even the medicine they give you to fight it makes you sick.

The best thing to do is stay clear of these dangerous animals, if you hear or see one back off, and definitely don’t go tramping around their known haunts barefoot.

Each year in the US 4.5 million people are bitten by dogs. Most attacks are fairly minor, but some can lead to infection, permanent scarring, and fatalities in about 30 incidents across the U.S. every year.

One of the most common threats associated with dog bites in the U.S. is rabies. And though there are roughly 40,000 cases of people treated for rabies each year, only one or two die, usually because they were too stubborn to go to the doctor. So if you find yourself dealing with a bite from a rabid dog or other wild animals like a crazy seeming raccoon, make sure to go to the doctor for the, somewhat painful but crucial, treatment.

Outside of the U.S. and Europe it’s a different story. Globally over 50,000 people die of rabies each year. In Asia and Africa, the overwhelming majority of those cases are from stray dogs. If you are on vacation in Asia, don’t get too cozy with those dogs that come around begging for scraps. Rabies is an unpleasant way to go, to say the least.

This is one that scientists are only beginning to understand: a parasite that can rewire your brain, change your behavior, and even make you crazy. Cats aren’t usually thought of as dangerous animals, but this disease may make you change your mind.

Toxoplasmosis is a parasite that can only reproduce in the gut of a cat. To complete its lifecycle, it needs to get back into the cat gut once excreted. To do this, evolution has given Toxoplasmosis the ability to rewire the brains of rats and mice that accidentally ingest it. The infected rodents suddenly find that cat urine, a smell that use to terrify them, is now pleasant. This, along with other brain changes, leads them to getting eaten, returning Toxoplasmosis to the cat gut, where it can finish up its lifecycle.

Oddly enough, humans seem to be affected too. Pregnant women have long been cautious about being exposed to cat feces, or being scratched by a cat, as Toxoplasmosis can be dangerous to the fetus. A growing body of evidence shows that Toxoplasmosis might also rewire the adult human brain. People infected with Toxoplasmosis are at a somewhat higher risk of being in car accidents and have a slowed reaction time. Infected people, especially men, also appear less social and more likely to engage in reckless behavior, mirroring the rats that suddenly stop worrying about getting eaten.

Toxoplasmosis also seems to increase your risk of becoming schizophrenic or bipolar. Some scientists have even pointed to the mid-19th century fad of cat ownership (before that it was very rare) as contributing to the rise in schizophrenia that happened around the same time.