Swimming’s deceptively difficult and anyone who’s stroked through more than a couple of laps knows it. The water takes a near immediate toll on the human body and, thus, the human psyche. For many athletes who may be on top of their land games, everything changes when water’s involved. What feels like miles is usually only a fraction of one and it becomes very clear, very quickly, that the skillset it takes to master the sport is worlds away from those necessary to excel in running, biking, or any other activity. The constant use of all muscles tests your strength, the strict breathing regimen challenges your endurance, the foggy submersion baffles your mind, and that’s just in a pool. Imagine swimming the English Channel or the Amazon River? Sounds almost impossible, right? Well, it’s not. Here’s staggering proof. 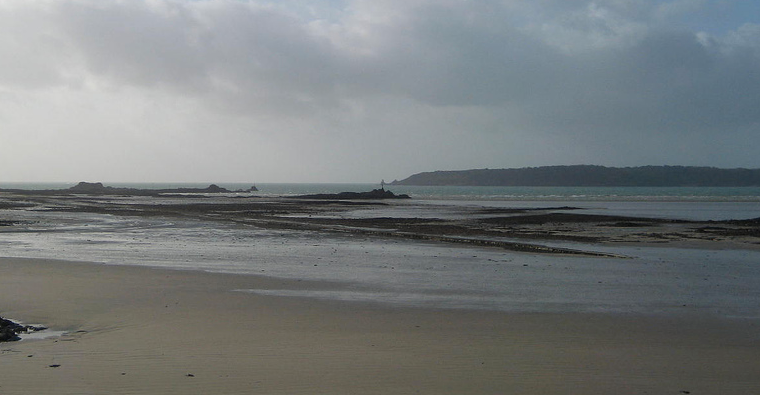 It seems to be that almost every year one brave soul or another sets out to cross the English Channel, the rough stretch of sea between England and France. Many are successful, setting all manner of records, but there’s no record out there that compares to being the first crossing ever. In 1873, after hearing of J.B. Johnson’s failed attempt to cross the Channel, British ship captain Matthew Webb trained for and attempted the storied swim. After one unsuccessful try in early August of 1875, Webb breast stroked his way into the record books later that very same month. He withstood harsh currents and myriad jellyfish stings, but his 21-hour 45-minute, 39-mile course will never be forgotten.

Being the first to cross the English Channel is a stunning feat, indeed. At least as impressive is French-born quadriplegic Phillipe Croizon’s 14-hour, 21-mile journey headed in the opposite direction of Matthew Webb (a bit more efficiently too it would seem). In September of 2010, after losing all of his limbs in an electric shock incident involving a power line, the then 42-year-old Croizon used specially designed prosthetics fashioned out of carbon and titanium to achieve his monumental goal. And Croizon didn’t stop at the English Channel. Just this year, he’s crossed the Red Sea and the Straight of Gibraltar, among others.

Last June, famed 48-year-old British distance swimmer, Penny Palfrey, set the record for the longest, unassisted oceanic swim, traversing 67 miles of shark-infested sea between Little Cayman and Grand Cayman. Unaided by a shark cage, wetsuit, or flippers, and unable to draft off escort boats, Palfrey reportedly withstood a ferocious current and several white-tipped shark onslaughts and completed a stint that had her in the water for over 40 hours. Palfrey attempted the record twice before and was thwarted both times by severe jellyfish stings.

Some swims are so fierce that not even the most seasoned Adrenalists have completed them. Take, for instance, the stretch between Cuba and Florida, a 103-mile route notorious for ocean-rattling thunderstorms,  jellyfish and sharks. Most recently, 62-year-old endurance swimmer Diana Nyad attempted to make history but, after 63-hours in the water, she found herself smack dab in the middle of a storm she and her team considered too big a threat to push past. Like Palfrey, Nyad swam without a shark cage so she used electronic repellant and a team of divers to keep the creatures away. Maybe she will give this maddening route another go (this last go was her fourth attempt). Surely, if not her, someone else will. We bet it’s just as certain that, one day soon, the first record of a completed crossing be set.

He’s known as “The Fish Man,” and that’s not just a funny turn of phrase. 55-year-old Slovenian endurance swimmer spends more time in the water than anyone we’ve ever seen. Back in 2009, Martin Strel accomplished the unthinkable when he swam a 66-day route down the 3,272-mile length of The Amazon River. He nabbed the world record for longest swim in the process. Though he’s kicked down some of the planet’s most taxing bodies of freshwater, from the Yangtze to the Danube to the Mississippi, Strel said his Amazon journey was the most grueling. “The Amazon river has no barriers, like locks, so the current is constantly flowing,” he says. “I didn’t expect so many whirlpools and so many currents.” As he continues, it sounds like the currents were the least of his worries. Strel and his crew reportedly faced off with a smattering of threats, from piranhas, crocodiles, jaguars and sharks, to bandits, pirates and Colombian drug runners. “I had to know everything about the animals I’d encounter along the way. I did get the odd piranha bite through my wetsuit but the support boat crew poured rancid blood overboard to distract them when we drove into a shoal,” he says. Director John Maringouin documented the Amazonian journey in a Sundance award-winning film called “Big River Man.”