You might not think extreme when you think fishing, but fishing in Alaska is on another level of intensity completely. For a lot of guys, fishing in Alaska is a dream job because of the environment, the adventure and the money. While this land of almost unlimited natural resources has ample opportunities for hard, profitable work for anyone with a strong back and a willingness to avoid sleep, the fishery is what many people think of when you put the words “Alaska” and “jobs” in the same sentence. The fishery makes up almost 50 percent of Alaska’s economy and employs a huge chunk of Alaska’s population. These fish have to be sorted, gutted, canned and shipped to the lower states as well, after all. That means a lot of Alaska fishing jobs are not in the seas but in the canneries, consisting of tough work and long hours. If you want the adventure, however, then you better head to sea. Here are a few tips and ideas to help you start a job fishing in Alaska, quite possibly the most extreme job on the planet. 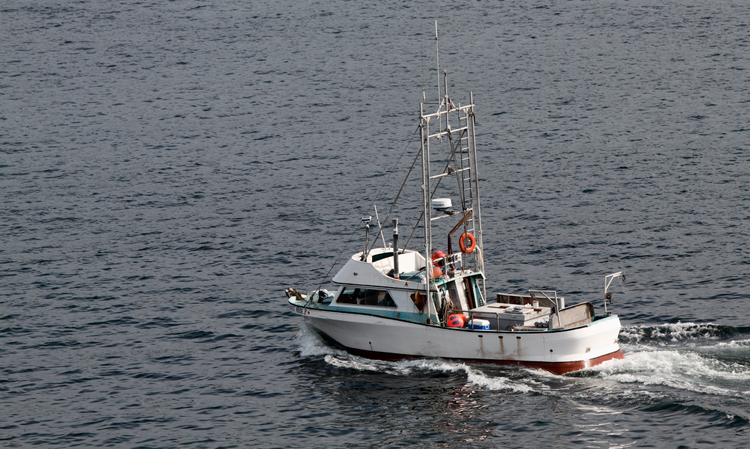 Before you even begin, and buy your ticket to Seattle or Anchorage, you really need to ask yourself if you’re physically up to it. You might be a strong, healthy man, but ask yourself an even more important question: do you get seasick? Depending on the kind of fishing you’re doing, you could be spending anywhere from hours, to days, to weeks at sea. This is not like a ferry or a cruise – will you be ok on a rocking, weaving boat, bouncing from wave to wave, covered in fish slime and blood?

Then, there’s the work. Are you strong enough to haul on nets, or heavy traps all day, for hours and hours on end? Can you stay on your feet that long? Can you pull on ropes until your hands are raw? There’s gym strong and there’s fishing in Alaska strong. Working out doesn’t necessarily mean you can actually hack it when you’re putting your muscles to the test against the wind and sea. The upshot, however, is that you get strong and seasoned fast, you’ll be amazed how quickly your body adapts to the cold, and elements.

This also means you need to be ready for the cold and rain. You’ll be wet and cold all the time, nothing dries, it’s never warm and you’re always physically uncomfortable and tired. This isn’t a fly fishing vacation.

Then, there’s the living, moving creatures that you’re hauling in by the ton. Some people aren’t comfortable with blood, even when it’s cold fish blood. Some people are comfortable with a little bit, but start to get squeamish when it rises up past your ankles. Don’t forget fish are slimy, unpleasant looking critters in large numbers. On the upside, that fishy smell you might get at grocery store isn’t really present at sea, as fresh fish don’t smell bad.

Lastly, on our checklist of measuring up, there’s the question of sleep – can you do without it? You’ll be called on to do 24 hours of straight work, or several weeks of sleeping in short naps instead of one long night. Fishermen are famous for the chemical work-arounds that they used to avoid the human need for sleep.

If you don’t get seasick, are strong, have endurance, don’t mind the elements, don’t mind blood and slime and don’t need to sleep, then this might be the job for you. Plenty of guys do this work, you’ll be surprised the reserves of endurance you have, but you need to consider these things and be prepared. Don’t be that shocked greenhorn.

Working on the water is the most obvious danger. You can be caught in a storm, hit by a rogue wave, or simply fall off the boat. Drowning is a possibility, but in Alaska, hypothermia is just as big a danger. If you get swept overboard you only have a few minutes before the frigid water takes hold. If you’re working in a chaotic environment with lines and heavy machinery flying around, with guys that are tired and in a hurry, mistakes are made. A mistake as simple as not looking where your feet are can result in stepping in a coil of line and being tied up with the net as it shoots underwater.

Before you go, make sure you understand the risks. Once you’re there, keep your head about you. All it takes is a moment of day dreaming to become shark bait. This is real life, and you’re far from rescue and hospitals.

Perhaps the biggest factor in your safety is the reliability of your captain. He will make decisions that are literally life and death to you, so you want to make sure that he has good judgment. Ask around, about captains’ safety records and their previous catches, as some do better than others. You don’t always have this luxury, but if you have access to the research, take advantage of it. 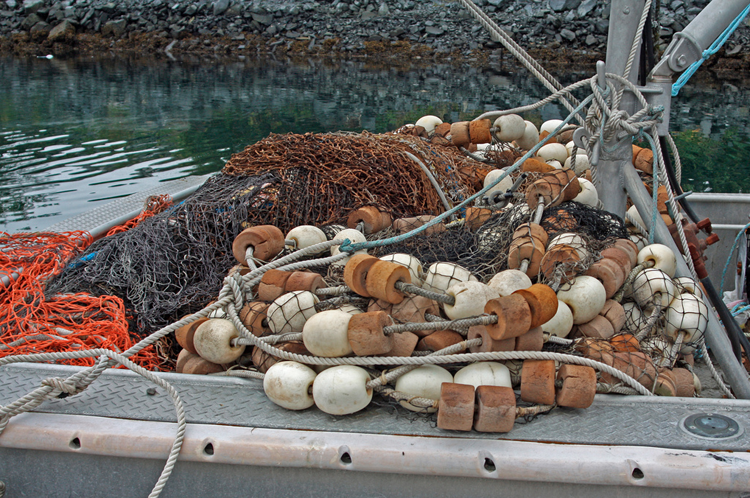 There are several kinds fishing going on in the watery parts of the world, but in Alaska, the commercial industries that you’re most likely to be looking for work in are salmon and crab. There is also work in cod, and some other fisheries. There are also non-commercial operations, like being a fishing guide for tourists.

In salmon fishing, there are several different methods as well. There’s set-net, which is placing big nets in the ocean attached to buoys and then going out a few times a day to collect, and there’s seining, which means dragging a big net behind the boat, farther out from the coast. These boats will often be docked in Washington or Oregon and then make the trip north during the season. This is good to consider when looking for work, since you might be able to find work closer to home. However you do it, you should be aware of the different methods before you head up. 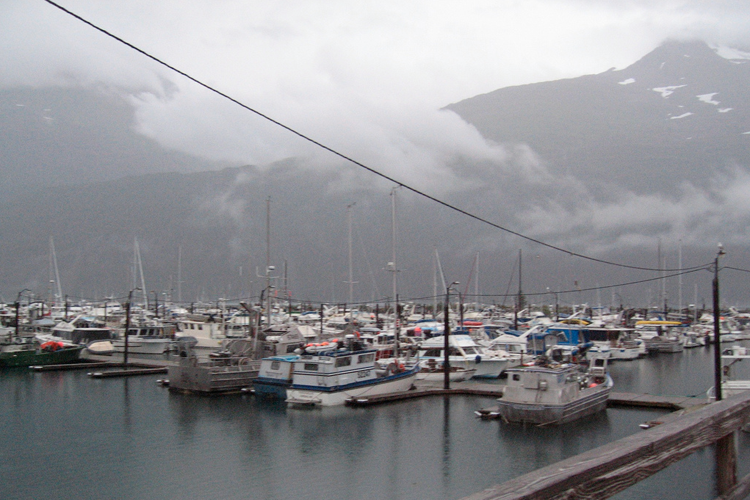 The Time And Location

Scoring the fabled Alaska fishing job is easiest through connections. If you’re from the Pacific Northwest, chances are you know someone who’s done this and you have some connection with a captain. If you’re not, however, you’re going to have to rely on your own wits to sniff out a job.

For this, you have to know where to go and when. If you’re doing salmon, you are going to want to be in Alaska in the late spring, at the latest. The farther north, the later the runs. Generally, however, they’re going to be running through the early summer. This means showing up a few weeks in advance and talking to people, looking for that job. Walk the docks, go to the employment office and chat up every salty-looking guy you can find. Just keep asking around and, eventually, you’ll meet someone that needs a deckhand. Crabbing on the other hand happens in the summer and winter seasons.

The other thing to be aware of is location. There are jobs in Bristol Bay, the Bearing Sea, the Cook Inlet, the panhandle and more. It depends on what you want to do. The salmon run to the rivers, and so any of the prior locations work. You can start in Anchorage, ask around, and try to find a gig. Crabbers are generally based on the island of Dutch Harbor.

Before you go, pick which kind of job interests you and do some research, since there is a lot variation. 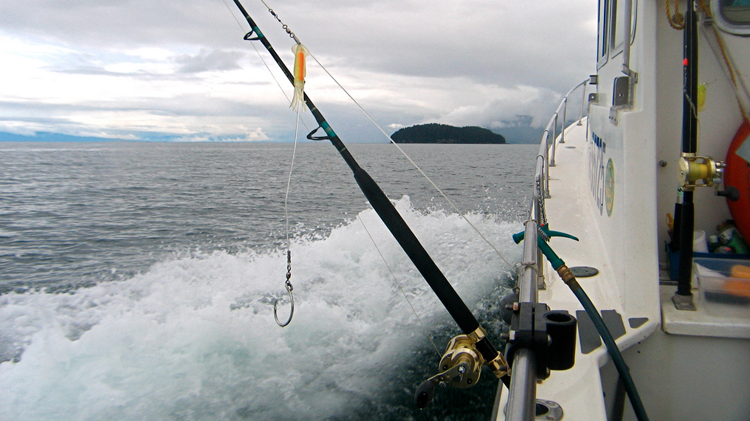 At the end of the day, or the season, adventure is nice, but money is what you need to live, and money is what you’ll be bringing back home. The stories you hear are often exaggerated. There is definitely big money to be made, but it all depends on luck and Mother Nature. If the fish aren’t running, you’ll have to work harder than you ever have before just to come back with a few meager bucks. On the other hand, some days you’ll find yourself making hundreds of dollars an hour in fish.

Keep in mind that, for your first job, you’ll make less because you’re the new guy. Boats often pay in a percentage of the catch, and newbies get a smaller percentage. Don’t let them stiff you on too small a percentage though, or take out expenses.

Remember, money is great, but you can’t spend it if you make a fatal mistake out at sea. Take precautions and keep your wits about you.