Sharks are wondrous creatures, but they also pose a very real and very deadly threat. You’ve seen the television programs and you’ve watched the movies. We’ve also told you about some miraculous stories of survival; instances when ocean goers were attacked, but survived the nightmare. Now, join us, as we prepare you for these beasts of the deep.

You will probably never be attacked by a shark. The chances of you even seeing a shark, let alone getting attacked by one while you’re enjoying a swim or a wave on your surfboard, are slim, but if an attack does occur, it’s best to be equipped with the information you need to survive. If you find yourself the wanton prey of the ocean’s deadliest creatures, here are tactics to keep in mind. 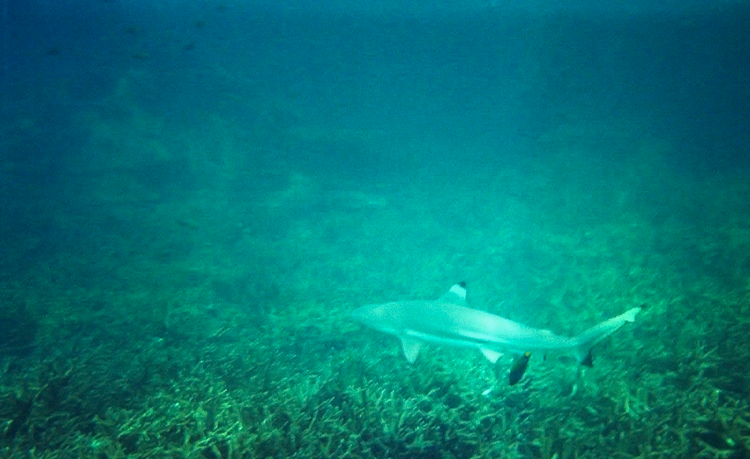 Quickly Spot The Shark In The Water

You’d be surprised by how many people forget they’re sharing the ocean with billions of other organisms. Some of these organisms, like sharks, are big and bold enough to inflict mortal wounds if they attack. Make sure to keep an eye on your surrounding area. If you do spot a shark’s fin, or really any fin, always keep it in your sight. If it doesn’t attract too much unwanted attention, try and notify others in your area of the shark’s presence. If it’s large enough, and stays in your area, it’s time to head for shore.

The moment you realize there’s a huge fin in the water, you shouldn’t suddenly hear the alternating pattern of the two chilling notes from Jaws in your head and kick into action. Remember to keep your cool. Yes, there are safer environments to be than shark-infested beaches, but thrashing frantically only draws more attention to yourself. You can even play dead if you’re calm enough to do so: sharks are more liable to go for a lively bit of meat than one dead and prostrate in the water. Remember, however, to keep your eyes open and your body poised to defend. If stealth doesn’t work, don’t just hope the shark loses interest because you’ve now become prey. 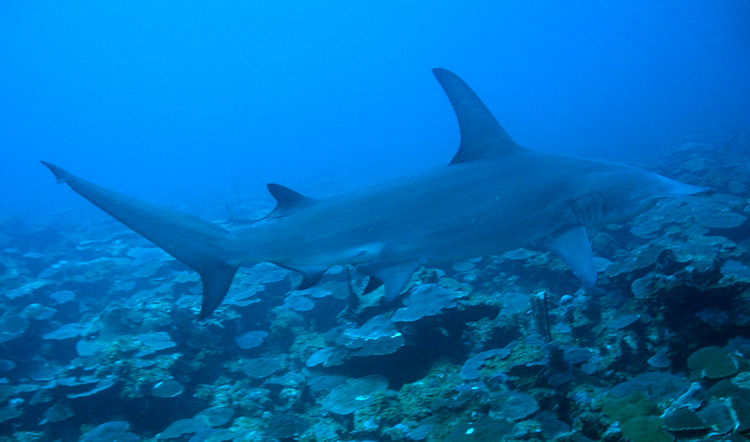 Find A Place To Play Defense

You’re going to want to avoid battling a shark in the open water. You’re exposing yourself to an overwhelming number of strike points – too many to defend in the deep. If you’ve spotted a shark in your area, and it’s moving in your direction, try and find something to serve as a backdrop if an altercation ensues. Make sure to stand between the shallows and the incoming shark. If it’s got you cornered with your back to the ocean beyond, pivot so it’s coming from the deeper area towards you in the shallows.

Find a sandbar, a judding rock formation, a shallow reef, or some obstacle that can cut off a point of attack, and will serve as your back guard when, or if, the shark does make its initial strike. Simply getting out of the water is the best alternative, but if that’s impossible, don’t try and out-swim a shark. They’ll have you in no time. If you’ve found a place to play defense, and it’s not buying your amateur thespian display of death, you’re going to have to get ready. An attacking shark will start to circle you, so that’s when you know it’s coming.

You’ll need to show the shark it’s more advantageous to ignore you. A shark will lose interest if it thinks you’re going to inflict enough harm to make the meal too much trouble. If you can find a piece of floating wood, or something sharp on your person or surfboard, even better. Make sure to hit the shark underwater. The three most delicate parts of a shark are its eyes, nose and gills. Yes, you’ve probably heard about hitting it in the nose, but the eyes and the gills are just as defenseless.

As you thrust at the shark, make sure to do so in a straight a line. Looping your punches will only create drag in the water. So make sure to strike straight and true, which will increase your attack’s effectiveness. If you try to knock the shark out, you’ll expend precious energy, so punch in a rapid succession of jabs near those three vulnerable points. You’re not going to TKO a shark, you’ll just annoy it enough to hopefully leave you alone. Don’t worry about attracting attention to yourself at this point. Fight the shark, and do so with every ounce of strength, but be smart, too. 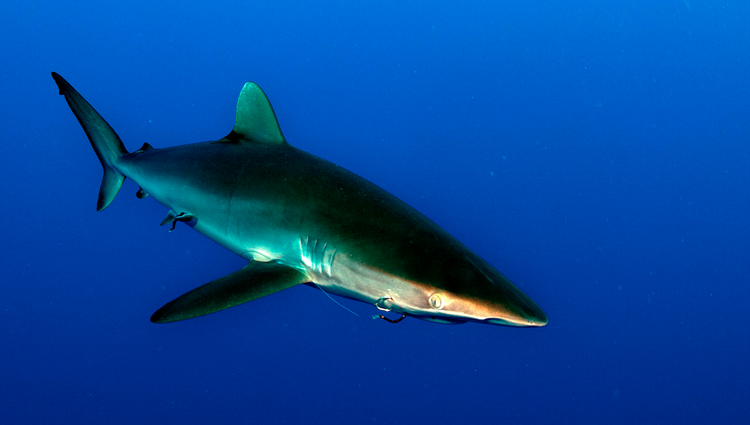 Call For Help And Get Out Of The Water

If you’re able to strike the shark enough they leave without finishing you off, you’re still not done. A sharks sense of smell is powerful, and if you’ve been attacked, you’re probably bleeding, which will attract more sharks to the area. Make sure to get out of the water as soon as possible. It’s also best to call for help at the very beginning of this process, when you first spotted the shark. Hopefully, you’re close enough to the shore others can try and help you, or get out of the water themselves.

Once you’re clear of the water, apply pressure to your wound and put on a bandage. If there’s a belt or twine of some sort, apply a tourniquet to stop the bleeding. Go to the hospital immediately, even if it seems like a minor wound. They can become infected quickly.