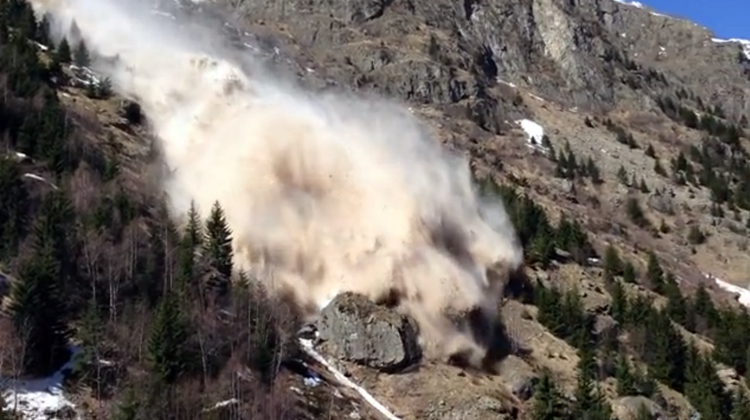 It’s avalanche season. In spring, warm weather attacks the accumulated snow-pack, creating dangerous conditions for anyone in the snow or below it. Snow has to go somewhere. It’s either going to evaporate, trickle, or slide. A massive avalanche is capable of all kinds of destruction, including death. The avalanche in the video above, thankfully, did not injure anyone. Instead, we get to watch the awesome power of the massive avalanche from a safe distance.

It’s unclear exactly where this avalanche took place, though all signs point to Europe. The video was uploaded to the popular French extreme video site Zapiks on Apr. 18. Regardless of where it took place, we’ll be adding this to our list of favorite avalanche videos.