Tim Severin is a master of reenactment. Like a wedding singer or one of those painters who sets up studio in The Louvre, Severin covers the greatest hits of long ago. But unlike most cover artists, Severin risks life and limb when he reproduces the past. He recreates the greatest adventures in human history. Since 1960, the British explorer, historian and filmmaker has retraced legendary routes traced by Marco Polo and Sindbad, Ulysses and Genghis Khan. And that’s just a start.

In the 13th century, Venetian merchant Marco Polo spent 24 years traversing the vast and mysterious lands of the Middle East and Asia. Polo wasn’t the first European to visit China, but he was the first to bring back intriguing tales of novelties like paper money and burning coal. Those observations were immortalized in Polo’s journal The Description of the World, a book that 20-year-old Oxford undergraduate Tim Severin used as a guidebook for an epic motorcycle journey interrupted by sandstorms, crashes, jail stays and visa problems. Severin and his accomplices only finished half their planned journey, getting turned away at the border of China during this first epic reenactment.

Perhaps the most ambitious journey on Tim Severin’s resume, The Brendan Voyage retraces the frigid North Atlantic route to North America mythically pioneered by sixth century Irish monk St. Brendan. As legend has it, Brendan was the real discoverer of America, making the voyage to The Garden of Eden (Newfoundland) one thousand years before Columbus ever set sail. Severin proved it could be possible. Taking on the rough seas and icebergs in a rickety oak and leather “currach” like that presumed to have been used by Brendan, Severin spent 13 months narrowly avoiding death on the high seas. The re-journey is captured in an awesome documentary, and like nearly all of Severin’s adventures, a well-reviewed book. 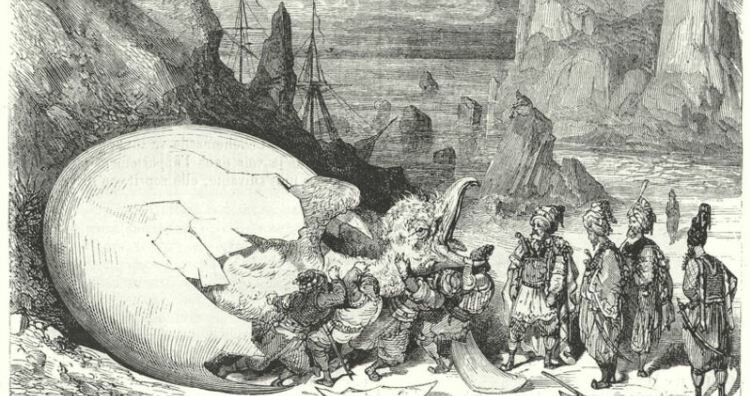 His first attempt at reaching China foiled, Severin tried again to reach the Far East, this time by reproducing an adventure immortalized in One Thousand and One Nights, more popularly known as Arabian Nights. This time Severin traveled by a historically accurate reproduction of a ninth century dhow, and with the aid of only the stars. Severin eschewed modern navigational instruments during the historical reenactment that took the crew through ravaging storms. The journey coursed from Oman, across the Indian Ocean and through the Strait of Malacca to Canton, China. Severin proved once again that a legendary voyager like Sinbad could have made the famous journey. 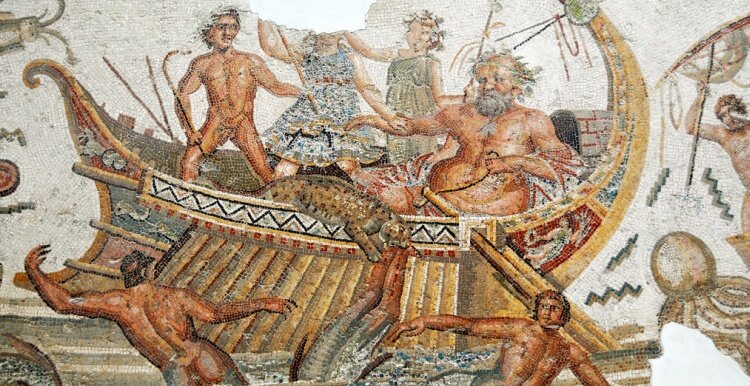 In 1984, Severin constructed a 54-foot Bronze Age galley, christened it “The Argo,” and pushed it through the Mediterranean (with the help of 20 oarsmen) from northern Greece through the Bosphorus Straight to the Black Sea. The voyage stretched 1,500 muscle-busting miles, and at the end, Severin wanted more. So the next year, he piled men back into the ship and retraced the alleged route sailed by Ulysses in The Odyssey. From Troy to Ithaca, Severin found the real-world identities of mythical landmarks such as the land of the Lotus-eaters, the Halls of Hades, and the dwelling places of the monsters Scylla and Charybdis.

Xu Fu is one of the greatest adventurers you’ve never heard of. In 218 BC, he set sail on a bamboo raft from China on a quest to find the “elixer of life” in the vast “Eastern Ocean” for his king, Qin Shi Huang, who, like all reasonable rulers, wanted to live forever. After a false start scuttled by a run-in with a sea monster, Xu Fu never returned to China. He and his crew of 5,000 (including 3,000 virgins) were lost to the seas… or maybe they made it across the Pacific to America. Severin sought to find out, and so he set out from Vietnam on a deluxe bamboo raft towards the eastern horizon. Almost immediately, Severin and his crew (no virgins) hit rough waters. Pirates and typhoons impeded the journey, and the bamboo raft began gradually disintegrating into the sea. 5,500 miles from Asia (just 1,000 miles short of their destination), Severin and crew opted to abandon raft. They wouldn’t make it to America, but Severin proved that it was conceivable that Xu Fu had done so. It was one of Tim Severin’s numerous achievements in historical reenactment, a lifelong passion that Severin continues to pursue to this day.