A dog survived one of the highest cliff jumps ever. Poppy, a springer spaniel, chased a bird off the Seven Sisters cliffs at Brass Point in South East England, falling 300 feet before crashing into the steely seas of the English Channel. The bird got away, and the dog got away with just a collapsed lung. The human world record for cliff diving is about half Poppy’s plunge, and pro cliff divers today jump about half that world record – 90 feet off platforms and rooftops, flipping multiple times before piercing water feet first, hopefully. We say hopefully, because a pancake landing can result in death. The fifth stop on the 2012 Red Bull Cliff Diving World Series splashes into Boston this weekend, starting on August 25th. Acquaint yourself with the sport by meeting the best cliff divers of all time. 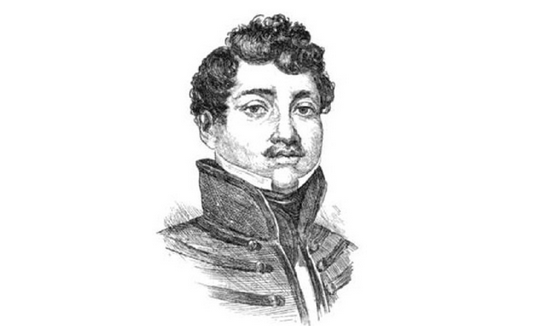 Born 1737, King Kahekili was the fifth king of Maui, and was named after the Hawaiian god of thunder. In addition to being royalty, he was also the first official cliff diver recorded by history. King Kahekili jumped from the 63-foot high cliffs of Lanai in 1770, testing the will of his warriors. Most were not as hardcore as he, making it very clear why he was king. Kahekili, the “birdman,” is today recognized as the father of this burgeoning sport. Without his Adrenalist attitude, we may not know the pleasure of hurling ourselves off of cliffs that we do today.

Kunze is one of a small handful of badass diver’s who took the sport to an insane extreme in the 70s and 80s. Kunze saw an opportunity to take the height limitations of cliff diving and flip them on their heads. Maybe you’ve seen him on ABC Sports reruns on ESPN Classic. If you have, then you know he jumped a then-world-record 172 feet in the triple-flip plunge you see above. If you haven’t, just know that that is about 17 stories, high enough to gelatinize your skeleton if entering the water awkwardly. Kunze is a 7-time world champion.

Dickison was one of those disco divers who didn’t know the meaning of gravity. He broke Kunze’s record, jumping 174 feet 8 inches in Hong Kong in 1985. Unfortunately, his record came with a price, and he broke his leg in the process. Fortunately, we Adrenalists know the price of pursuing adrenaline is never a factor. In the video above he loses control on a 100-foot practice dive in 1982. He walked away uninjured, but wasn’t so lucky during a stunt dive some years later. Dickison died doing the thing he loved best.

Olivier Favre, jumped 177 feet in 1987, the highest recorded cliff dive ever. As Randy Dickison proved above, however, sometimes, these records come with a price. When Favre hit the water, he broke his back on impact. His record, however, still stands, and nobody has jumped from a higher cliff or platform since. Some men risk everything to prove there are no limitations. It’s the Adrenalists like Oliver Favre that keep breaking the bar, proving that the pursuit of adrenaline knows no bounds.

Orlando Duque dove like a champion long before he ever became the first ever Red Bull Cliff Diving World Series champion in 2009. Duque is on this list not for the height of his jumps, but for the score. His double-back summersault with four twists from 80-feet high in Hawaii in 2000 scored 159 points – one of the highest scores of all-time. Orlando Duque owns nine world championship cliff diving titles. Duque is a prime specimen of an Adrenalist who continues to push himself further while doing the very thing that he loves.

The current Red Bull Cliff Diving champion, Gary Hunt splashed down with the most difficult dive ever attempted in the sport’s history: a two-and-a-half twisting quad. The trick has never been done before. Not only does Hunt nail it, but he lands it perfectly. He consistently splashes down feet first, more needlesome than the other divers on the Red Bull tour. Gary Hunt just has “it,” and that uncanny talent makes him a hall of famer even at this early point in his career.