Everyone knows exercise is good for you, but sometimes it’s hard to keep a good habit merely because you know you should, especially when you’ve got an endless list of other things taking up your limited time. You need solid, pragmatic motivations to keep you going and DO:MORE. First, however, you’ve got to find your outlet. If you’re anything like countless others who have found theirs, cycling may turn out to be the biggest boom to your physical health and a host of other benefits you may be surprised to learn about. We’re here to tell you about 5 legit mental and physical benefits of cycling. 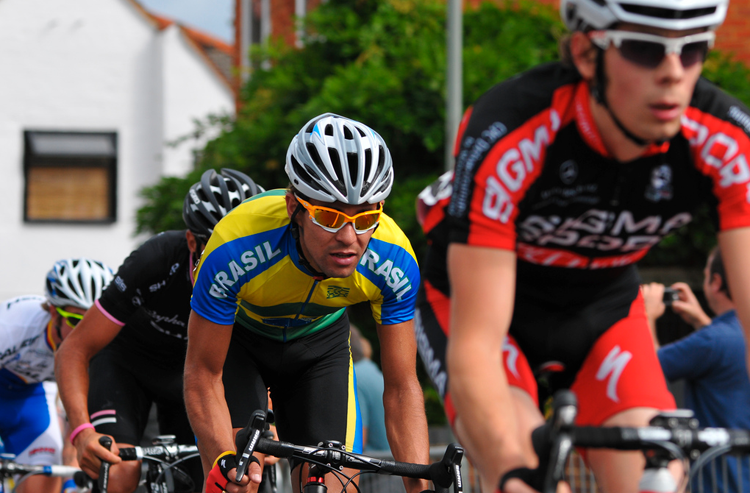 Get Stronger In Other Sports

These days, it’s common knowledge that cross-training will improve performance in your dominant sport. You can only get so far as a runner if your training consists merely of running. Swimming, hockey, basketball or climbing – whatever your sport, one thing is certain: you’ll rise above that plateau by training your body with other forms of exercise. That’s because exercising in a few varied activities will give you a more complete, full-body workout that you can’t achieve with a single sport. The body, as a unit, needs attention in all its varied and connected parts.

One of the best ways, studies have shown, to improve performance in your sport is to include additional aerobic, endurance exercise such as cycling. Cycling, especially with interval training, requires a lot of lung power that pushes your VO2 max and lactate threshold. This makes the sport a superb way to strengthen heart and lungs and, effectively, your whole cardiovascular system. One study measured the VO2 max and lactate threshold of elite Norwegian soccer players before and after two months of twice-weekly interval training (on top of regular training) and found, as you might guess, that they improved in both areas. In other words, they became better soccer players because they could work at higher intensities for longer, outlasting other players.

Additionally, because cycling draws most of its power from your legs, you strengthen a crucial part of your body’s support mechanism, where the foundation of your power is generated. Bottom line: if you want to be a better athlete, hop on the bike and knock out quality miles to strengthen heart, lungs, and legs.

The fact is, body and mind are deeply connected. Cardiovascular exercise is known to reduce stress, and that means a better mentality for whatever daily challenges you meet. Cycling not only helps you recover from any number of physical stressors, but also to reduces the intensity of mental stress in a cycle that constantly works to better your well-being.

Researchers in several studies have found that people who train in high-intensity cardiovascular exercise, like riding a bike, benefit dramatically more than those who simply do strength training. One study pitted two such groups against one another in a math test after three months of exercise and found that the aerobic group had lower heart rates and blood pressure than the strength group. Their cardiovascular systems were physically more efficient, which translated to a more calm approach to problems. Those same athletes also secreted less epinephrine (adrenaline), which means more mental control during physical activity (less mindless fight-or-flight reactions) and a faster recovery from the exercise itself. All this is to say that cycling benefits your mental state and lowers stress significantly, if you’re a regular rider.

No one likes 2 o’clock syndrome, that low-energy feeling that makes you wish every work day was a half day. But if you want more energy and brainpower to boost your productivity and mental capacity, the answer is exercise, particularly consistent low-to-mid-intensity exercise like cycling (which isn’t as hard on your body and joints as running). Ride your bike often, and you’ll reap the benefits of cycling by slowing or even reversing your brain’s natural tendency to deteriorate after your 20s. That’s because exercise stimulates new growth of mitochondria, which produce ATP–the necessary chemical for energy production in your body–meaning more physical energy for getting work done, as well as more energy for your brain to power mental processes.

Studies have also shown that, because exercise essentially bulks up your brain as well as your muscles (growing new cells and creating new neural pathways for greater mental flexibility), you’ll retain your intellect well into old age.

Cycling benefits happiness by releasing endorphins that give you a natural high. In other words, expect a more positive attitude that makes you more productive at work and at home. Use your lunch break for a quick spin, and you’ll come back feeling refreshed and ready to get work done.

It may surprise you but, particularly if you live in a big city like New York, Boston, or San Francisco, odds are you can get where you’re going more quickly on a bike than in a car. For short urban commutes (say, five miles), bikes are faster than cars – nearly every time. The Annual Great NYC Commuter Race pits a car driver against a cyclist and subway rider to see who can commute the fastest between any two points in the city. In a typical result, the subway commuter arrived at a bar in 29 minutes, the car driver showed up at 22 minutes, but the cyclist beat them both in an easy 16-and-a-half minutes. In each race, the cyclist commuter wins without fail.

And that’s based on actual speed or minutes elapsed. When you consider effective speed–distance divided by time, including the time you spend to enable movement–the difference is even more drastic. That’s because the dramatically higher cost of owning and fueling a car means you have to spend more time working and earning money to offset that cost. Effectively, you don’t need to work as much to commute on a bike, and you can even be leisurely about that commute to still outdo a car. Not to mention, you won’t pollute (good for the earth) and you get a built-in workout (good for you).

If you’re looking to kick a bad habit, there’s no better way than to replace it with a positive addiction. Maybe you have an addictive personality, or maybe you just need to refocus the energy of mind and body to drop those cigarettes by the wayside. Psychologist William Glasser, author of Positive Addiction, notes that bad habits perpetuate a weak and disempowered state of mind that traps you in a negative and destructive cycle. Redirecting your behavior to positive addictions like taking up cycling can help you take the power back, giving you a healthier mind and body. Better yet, go on group rides, since studies have shown that exercise partners help keep you on track. Social interaction boosts your happiness.