From Scott Jurek to Bode Miller, these super athletes prove that you really don’t need to eat meat to succeed.

One of the greatest endurance runners on earth, Scott Jurek might be the poster boy of the vegan athletic movement. Of course, like nearly all vegans, Jurek didn’t grow up without meat. On the contrary, he grew up embracing it, huting and fishing in the Minnesota wilds. Things changed after reading Dr. Andrew Weil’s “Spontaneous Healing” and Howard F. Lyman’s “Mad Cowboy,” written by a cattle rancher who shuns the very product he produces. Now Jurek has a book of his own: “Eat and Run,” which espouses veganism not as a diet of subraction, but rather one of addition. Veganism is about adding new and interesting non-meat and dairy to your diet, he says, not limiting what’s available for you to eat.

After one of the most successful careers in track and field history, during which he won 6 golds and a silver at two Summer Games, Carl Lewis decided to go vegan. His success on the track continued, with Lewis clocking some of his best times at the 1991 world championships in Tokyo, where he won two golds and a silver. The next year, Lewis scored golds in the 4×100 relay and long jump at the Olympic Games in Barcelona. And then four years later, Lewis became the first man to ever make the American track and field squad for 5 Olympic Games. In Atlanta, at age 37, Lewis won the long jump by 21 centimeters. He remains a vegan to this day.

Unlike most vegetarians, downhill superstar Bode Miller was raised eating yogurt, fruit and granola. As a kid, pretty much everything he consumed was grown at home — a sprawling 450-acre organic farm with no electricity nestled in the mountains of New Hampshire. The diet stuck with him, even as he went pro and began racking up medals across the international alpine circuit. In 2010, after a career of vegetables, legumes and golds at world championships, Miller finally won his first gold at the Olympics in the Super Combined. Today he lives on his own organic farm in New Hampshire.

UFC star Mac Danzig’s transition to a vegan lifestyle happened gradually. A nature lover as a kid, Danzig started working at an animal shelter in 1999. It was at that point that he cut dairy from his diet, believing the milk products were contributing to health problems like ear and sinus infections. He was right. The health problems ceased. Then in 2004, Danzig went even farther, cutting all meat, fish and poultry from his diet — a change that Danzig says helps him recover faster from workouts. Veganism has worked for Danzig’s career. In 2007, he won the reality series “The Ultimate Fighter,” and currently holds a record of 21-9-1. He is sure to specify that not all vegan diets are the same. Even his own fluxuates considerably. “I eat completely differently when I am cutting to 155 than when I am simply in training without having a weight cut,” he writes in a comprehensive look at his diet. He might be cutting this very minute. On November 10, he’s set to fight 155 pounder Takanori Gomi. 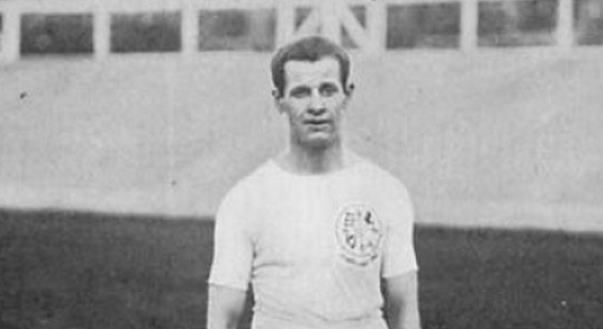 As proof that vegetarianism can work on the field, take note of pre-war track star Emil Voigt, who took Olympic gold long before complex supplements were ever available on store shelves. Voigt is the second and last Olympic athlete to ever win the 5 mile race (which was replaced by the 5000 m and 10000 m race at the following Olympics in 1912). He did so on a strict vegetarian diet, which he was compelled to adopt after travelling to Dalmatia, where the locals “living entirely on rye bread and wine, were fine specimens of human beings.” According to Voigt, not all vegetarian options are healthy. At a meeting of The Vegetarian Cycling Club in London, Voigt told the crowd to avoid “harmful things, such as tea, coffee, and lentils.”