Have you ever wondered which Adrenalist activity holds the title of oldest sport in human history? Just look to the legends of Greek mythology, which tell the tale of Greek God Zeus defeating Cronus in a wrestling match for the possession of the universe at the beginning of time.

From France to Mongolia to the Near East, depictions of the sport have appeared in tombs, carvings and artwork across the ancient world. Wrestling was one of the first sports in the ancient games of Greece, and wrestling is one of the most popular sports around the world today.

As the future of wrestling brews at the center of controversy in world news, let’s take a moment to check out the history of wrestling and some of the greatest moments in the intense, grueling and important sport. 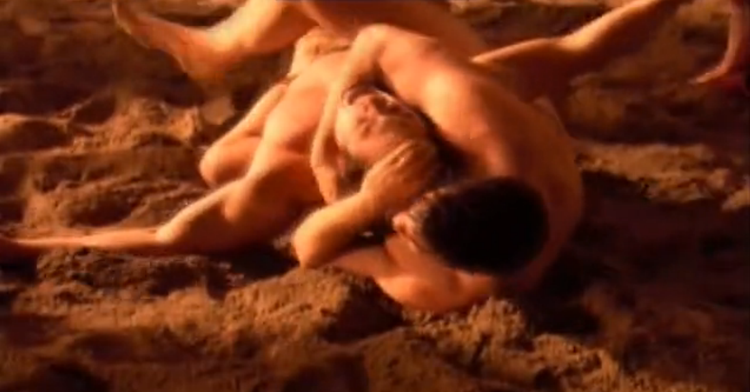 Ancient cave paintings in Lascaux, France depict humans competing in wrestling about 17,300 years ago. That’s so far back it’s considered the Upper Paleolithic Period. Wrestling was one of the first sports of the ancient Greek games, inspiring fierce competition since at least 704 BC.  A Greek papyrus fragment, dated between 100 to 200 A.D. and discovered in modern times, provides explicit instructions on how to wrestle. This document is vital evidence that wrestling is in fact the oldest organized sport in human history.

In 1520, a literal Battle of Kings took place when King Francis I of France defeated King Henry VIII of England in an impromptu wrestling match at the Field of the Cloth of Gold pageant. King Henry VIII challenged King Francis I, but was embarrassed after he was quickly packed by the French ruler.

Over centuries, wrestling evolved into many different variations, including Martial Arts, Jiao Li, Roman, and Folk style. Celebrated tournaments emerged in all the major cities throughout Europe in the 19th Century. Champions became rich with bounties of gold. “Greco-Roman” style established itself as the dominant wrestling style throughout Europe, while “Freestyle” wrestling emerged as the most popular style in the United States and Great Britain. These two styles remain the most popular on wrestling mats around the world today.

In this wrestling era, brutal body-slams, head-butts, choke holds, punches and even nail gouging were allowed. Matches would frequently last two to three hours, with one 1912 contest running a staggering 11 hours long. Organizers gradually called for an end to the blatant violence and finally imposed time limits on bouts. 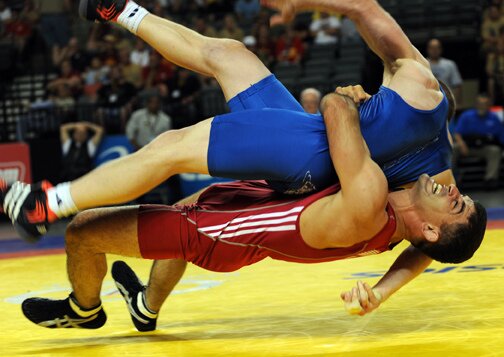 When the modern world games were held Athens in 1896, Greco-Roman wrestling re-emerged as a staple sport of the games and has appeared in every modern contest since 1908.

Think you’re on a serious diet? In 1932 , Swedish-born Ivar Johanssen won the freestyle gold in the 180 lbs. weight class and then dropped a whopping 22 pounds in 24 hours to enter the 158.5 lbs. weight class, where he won gold again. In 1960, Soviet wrestler Avtandil Koridze etched his name in Cold War infamy after a suspicious and likely-fixed bout. Koridze whispered mysteriously into his opponent’s ear, and watched as his opponent suddenly fell to his back and let Koridze pin him, leading eventually to his gold medal win.

While the Soviet Union still has the most medals (in spite of not competing since 1988), the U.S. has had it’s own share of superstars throughout the modern history of wrestling. Dan Gable, both the Babe Ruth and Vince Lombardi of U.S. wrestling, was a gold medalist in 1972 and finished his collegiate career with only one loss. Later he would go on to create a dynasty as coach at the University of Iowa, winning an unbelievable 16 national championships in 20 years. U.S. superstar Cael Sanderson, perhaps the greatest wrestler of all time, accomplished the astonishing and unprecedented feat of an undefeated record through four years of college wrestling. Sanderson finished unblemished, a perfect 159-0 with four NCAA titles (1999-2002).

Wrestling is one of the most demanding and testing sports, where pushing the extra bit more matters most at the end of the day. With such rich wrestling history, fervent international following, and undying spirit of pushing the limits, can we afford to exclude wrestling from the world’s games?

Let us know what you think below or @DegreeMen on Twitter.