MMA is rapidly becoming America’s most popular fight sport, and Brazilian Jiu-Jitsu, the technical grappling art that underpins so much of what MMA fighters do, is growing right along with it. What you might not realize is that jiu-jitsu training is good for more than just choking guys out. It teaches skills that have a lot of crossover with other sports, and even in life generally.

Jiu-jitsu was originally the name for various different forms of martial arts native to Japan. Jiu-jitsu training was considered a warrior’s last line of defense when left weaponless and, thus, included some brutal attacks like eye gouging and finger breaking. The problem with getting proficient at an eye gouge is that it’s difficult to find a sparring partner to practice on. Kano Jigoro, the founder of Judo, is also credited with the eventual development of Brazilian Jiu-Jitsu, or “BJJ.” He realized that knowing a technique is all but useless if you never have the opportunity to practice it and become proficient. One of his big conceptual innovations was to remove the most damaging techniques of traditional jiu-jitsu so that a practitioner could practice continually without being benched for injuries – or blinded. It was one of Kano’s students who brought jiu-jitsu to Brazil, where he taught the Gracie family the basics which they eventually elaborated into their own unique school which we all know and love as BJJ.

The shift from brutal tactics to the strenuous but creative practice of modern jiu-jitsu training means that much of the game is in cultivating certain states of mind and habits of thought, through repeated sparring. In the crucible of facing skilled opponents, you can reap the benefits of jiu-jitsu with key mental lessons and physical tests. 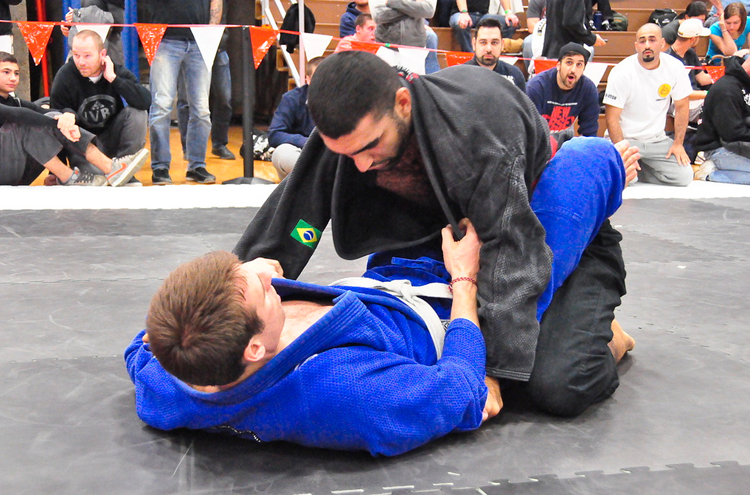 But these situations are when it’s most important to keep your cool and react skillfully, rather than resort to panic and struggle. This is a lesson that really applies to all of life, but finds particular application in some of the more adrenaline pumping sports. When you’re struggling with adversity do you freak out, and do the first random thing that pops into your head (maybe resulting in an injury)? Or do you know how to hold the panic at bay and execute that perfect reversal? For newbies, often times the most important thing to learn in Brazilian jiu-jitsu training is how to relax. I’ve rolled with much stronger, but inexperienced guys who lose their cool at the first sign of danger or pain, giving you the opening for the submission.

You might think you can already keep your cool, but when you find yourself struggling to breathe because someone is crushing your chest, you truly learn to cultivate self-control. 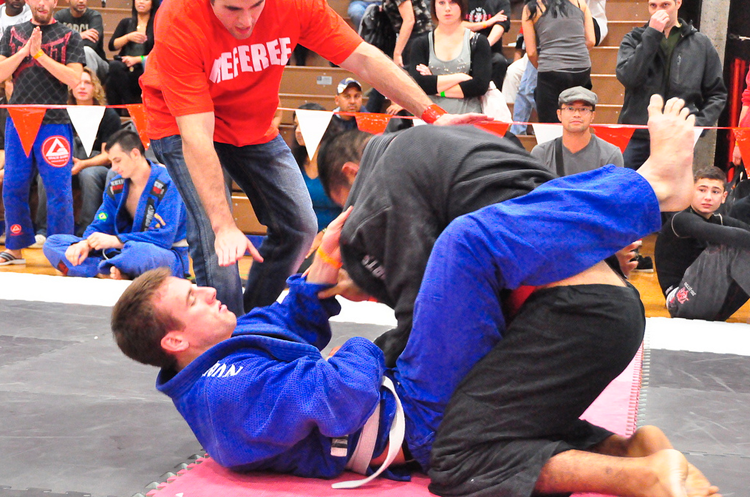 In other knowing when to be tough, and when to avoid an injury. Inflicting pain is not the main goal of Brazilian jiu-jitsu. The sport, or art, is highly technical and emphasizes proper positioning and defense. However, bringing your opponent to the brink of great pain and injury is how you win. What this means for you, when you’re on the losing side (and that’ll be most of the time when you start out) is that you have to know your limit. How long can you keep fighting that joint lock without causing yourself a season-ending injury? You have to know when to tap.

On the other hand, sometimes you need to get through a little pain or discomfort to find the reversal, or to just give yourself the time to think. If you don’t push it a bit then you won’t know if you could’ve executed the escape. Experience teaches you that point where you are still fighting to win and where you’re just destroying your rotator cup.

The same can be true in any number of sports. We all have our pride, we all want to fight through the pain and DO:MORE, but sacrificing your body without caution can mean you won’t be back to fight again tomorrow. Finding the balance between pain and injury, finding your limit, is an important aspect of the sport that can be applied across disciplines.

You’re not the best. Maybe one day you will be, but right now, chances are you aren’t the best. For a guy that’s used to pushing himself, that can sometimes be tough to accept. Something like being totally tapped-out by an old guy half your size can bruise your ego. That’s the first day of jiu-jitsu for everyone: being taken down a notch.

You can’t, however, be discouraged by this. If your ego is too big it’ll be easier to say screw it, than to accept that someone is better, and to come back for more punishment. That’s what Brazilian jiu-jitsu traning teaches – all your strength and stamina comes to nothing, if you don’t have the dedication to apply proper technique.

When you’re a beginner, you’re going to get your ass kicked. Accept it, and learn the lessons. I’ve seen more than one tough guy get owned on the mat his first day, then never return. I rolled with one guy who was strong enough to pick me up and throw me. But all his strength was undirected, and I quickly choked him out. He never came back, the fact that a smaller guy beat him obviously bugged him. The guys that succeed are the ones that can take a licking and keep coming back. 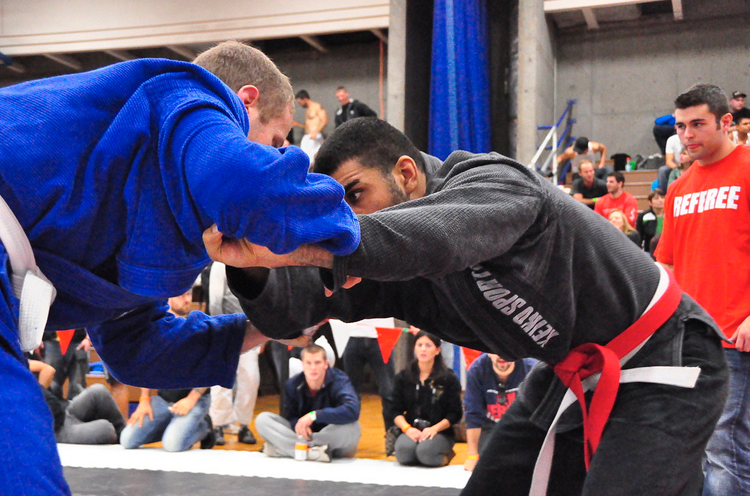 From the outside Jiu-jitsu might look ungraceful, like two guys hugging each other in the mud. But learning the techniques of Brazilian jiu-jitsu training, and applying them, is like trying to solve a complicated 3D jigsaw puzzle on the fly.

Jiu-jitsu training generally takes the form of a professor demonstrating a technique and then letting you practice on a sparring partner. No matter how closely you watch the trainer at first, most people find they have some difficulty taking what they see and turning it into an action. Suddenly, you feel clumsy. It’s a hilarious site to watch a bunch of exhausted sweaty dudes navigating a jumble of limbs and scratching their chins like old men over a chessboard. But it’s tricky, knowing how to mirror something left and right, knowing how turn your arms in a way that maximizes leverage against someone else’s.

Then, soon enough, with enough practice, you start to see the patterns, and the shapes, you begin to visualize the human body in a whole different way: as a puzzle to be solved. This kind of thinking has obvious benefits, after all, sports are about movement, and if you can better visualize how your body moves through space, you can improve your coordination all around.

Winning the fight isn’t just about strength. Like the old Chinese proverb says, “A tree that is unbending easily falls.” Focusing too much on strength misses the point that you need to apply that strength in all directions, and that’s why you need flexibility.

One of the most stunning things about rolling against a talented and experienced practitioner is how little effort they need to exert on lesser opponents. You’ll be puffing, huffing, and straining while they just ease you into a pretzel with little effort. An almost equally frustrating moment is executing a lock on someone only to realize that they are flexible enough to withstand it.

Beyond the obvious benefit of physical flexibility, mental flexibility is a skill that applies broadly. If straining with all your strength can’t win the match, maybe you need to change the direction of your force. And if the guy that’s trying to twist your arm off your torso is stronger than you, maybe you can let him twist a bit while you come at him from a different angle.