Summer’s here and that means hiking weather is in prime form. Before you lace up your boots and get to mapping the season’s inaugural sojourn through the woods, however, you might want to take a look at our compendium of the most dangerous hiking jaunts in America. From nail biter cliff side trails to 231 mile-per-hour wind-afflicted peaks to crime-ridden monuments, sometimes a proverbial “walk in the park” is anything but.

Now we’re not saying you can’t handle it (maybe testing yourself is part of the adrenaline-pumping fun), we just want you to be fully aware of what you’re getting yourself into if you choose to visit one of these destinations. Here are the most dangerous hiking trails. 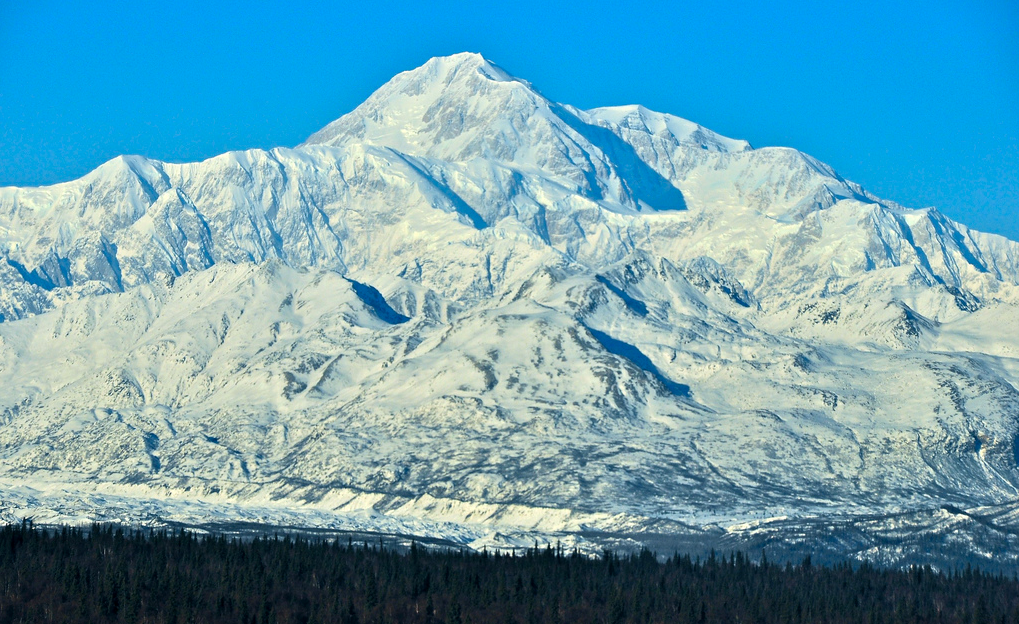 It’s been reported that, on average, only 52 percent of those who try to climb Mt. McKinley succeed. What that means, essentially, is that one of every two people who sets out to conquer the peak isn’t coming back a winner. Why? Well, there are actually a couple of very serious, very scary reasons. First off, just putting yourself in a position to climb Mt. McKinley is kind of a challenge. While other national parks boast well-groomed trails, Mckinley’s Denali National Park is something of a jungle, forcing would-be McKinley hikers to whack their way through wild terrain while they try to steer clear of bears, moose and other threatening wildlife. For adventurers who actually make it to the trail head, an icy mountain face and unpredictable weather patterns provide the next serious hurdle. Since 1932, 106 people have died on the mountain. In 2009, there were 16 rescues and 4 fatalities. 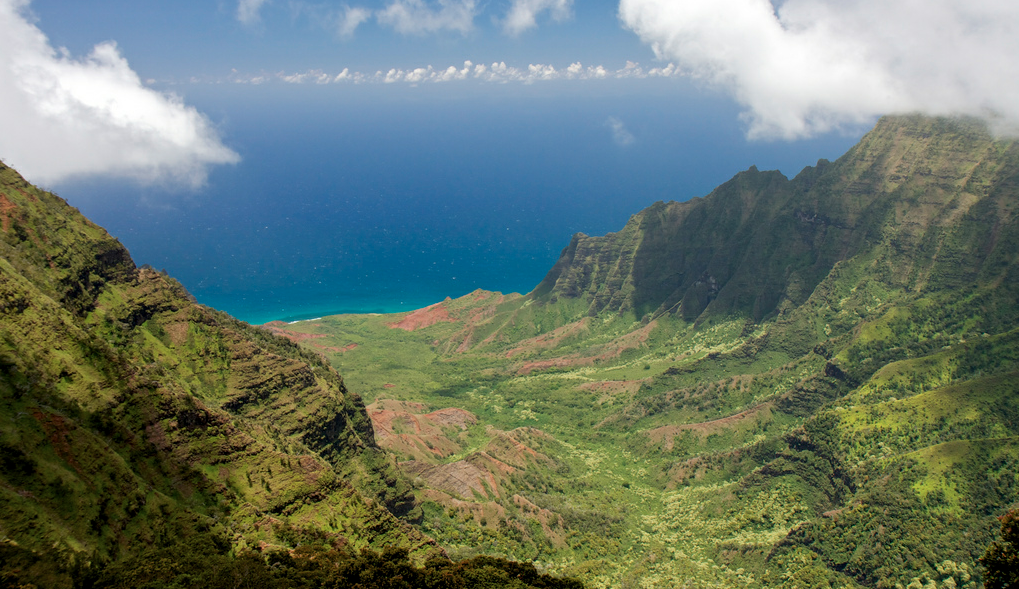 If you’re someone who thinks “pretty” and “life-threatening” are mutually exclusive terms, then it seems that you’ve yet to climb Hawaii’s Kalalau Trail. Though many are lured to the ascent by its great oceanside beauty and its proximity to Kalalau, one of the world’s most stunning beaches, local tour guides and handbook writers warn of a narrow and unstable trail bed that’s caused many people to fall off course and onto the rocky surf hundreds of feet below. Despite dangers, scores of curious hikers (locals and visitors alike) make the trip ever year, whether searching for some beachside R&R or a bone-chilling brush with death. We never knew a trip to Hawaii could be so fraught with tension. Oh, and we forgot to mention one more fun fact: the climb up the Kalalau trail is 11 miles long. One way. We figured we should share just in case, you know, the razor thin, ultra-slippery walkways weren’t enough to make you think twice. 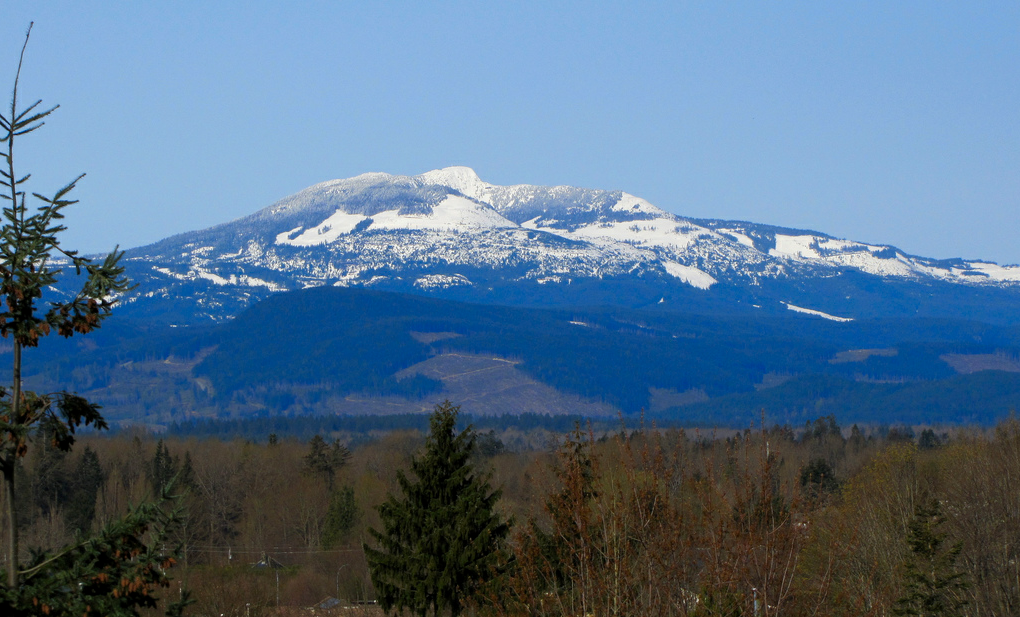 There’s a whole lot going on at New Hampshire’s Mount Washington. Like Mt. McKinley, it boasts several layers of danger, each of which would, on its own, be enough to keep most people to the restaurants and shops lining the pretty coastal town of nearby Portsmouth. First, it’s windy. It’s really windy. In 1996, one of the strongest wind gusts ever clocked on the Earth’s surface took place on Mount Washington’s face. How fast is fast? Try 231 miles-per-hour. While that exact speed may have been an anomaly, hurricane-force gusts are certainly not. In fact, such vicious winds  are estimated to batter the 6,288-foot-high peak about a third of the year. If the prospect of blowing away like Dorothy isn’t enough to give you pause, maybe it’s other two dangers will. In addition to the wind, Mount Washington has persistent ice-cold precipitation and an active on-site volcano. 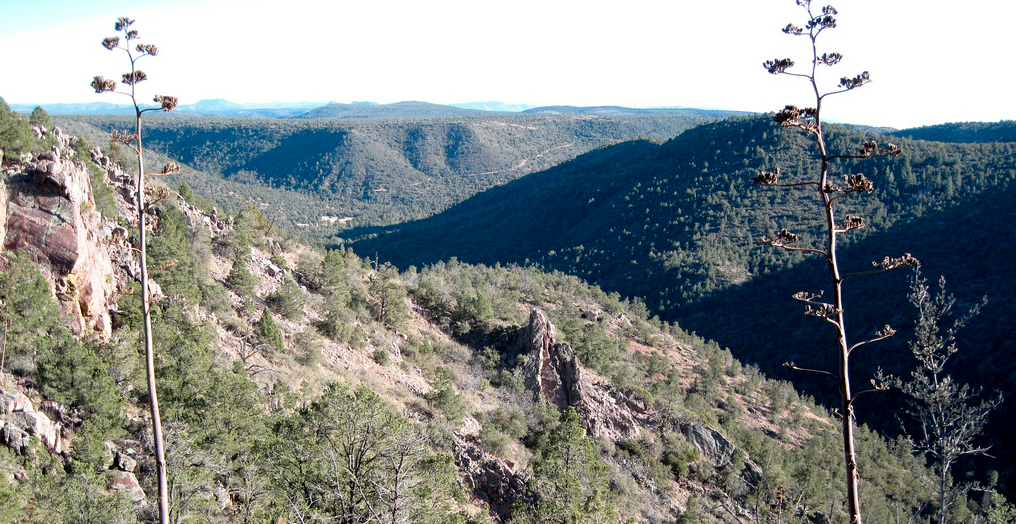 We Adrenalists are used to weighing the probabilities of bear attacks, hundred-mile-per-hour wind gusts, slippery rock faces and the like. One potential danger we’re less accustomed to accounting for is crime. Especially in the great  outdoors, where we often don’t expect there to be another human being for miles and miles. It seldom crosses our minds to think that inside and around bastions of great natural beauty could lurk criminals. Sadly, that’s the case at Victoria Mine Trail, located at the Organ Pipe Cactus National Monument. Due to its proximity to the Mexican border, Victoria Mine Trail is often a rallying point for gang members. The National Park Service warns hikers not to veer off the main path, lest they encounter ruthless members of this faction. Even if you’re the most hardened daredevil, it would be best to heed any and all warnings associated with this trail. Some dangers just aren’t worth the thrill.

It almost doesn’t matter that Pikes Peak has a jaw-dropping elevation of 14,115 feet, or that, to reach the top, one must embark on a 13-mile-long, on-foot trek where the air is only about 60% as oxygen rich as it is at sea level. Finally, it almost doesn’t matter that thunderstorms are as common as the 100 mile-per-hour winds that accompany them or that temperatures rarely get above 40 degrees Fahrenheit. Know why? Because this very mountain is where Big Foot’s rumored to live. In this easternmost point of the Rockies, the conditions are among the roughest of any trail we’ve seen or heard about, and that’s something to respect on its own, without taking into account any mountain folklore. Still, the legend lurks. Is Big Foot’s existence a myth? Maybe. We guess you have to ask yourself, “how willing am I to find out?”